Bible Blog › From the Field › When a Plan Comes Together

When a Plan Comes Together 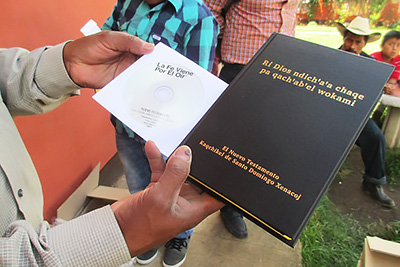 Perhaps you’ve heard the catch phrase: “I love it when a plan comes together.” Sometimes just doing the right thing at the right time makes all the pieces fall into place. But when you’re talking about producing a New Testament translation in a language that has never been written down, it’s really not that simple.

The Kakchiquel Santo Domingo Xenacoj people live just a “stone’s throw” from Guatemala City, the capital of a country where nearly two-thirds of the population speaks one of 25 different Mayan languages. While they live close to some of the modern conveniences of the 21st century, they maintain their language, culture, and lifestyle. Like many indigenous people in this picturesque country, they are caught in the clutches of traditions handed down over the centuries where Christian customs often mingle together with ancient Mayan rituals. 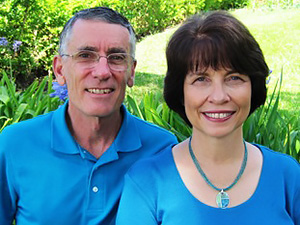 For starters, doing a Bible translation is not an event, but rather a process. The translation of the Kakchiquel Santo Domingo Xenacoj was an extreme process that required a huge commitment, patient endurance, extraordinary perseverance, and an incredible dependence on God for nearly 30 years.

Wycliffe Bible Translators Tim and Louise Carey, and the dedicated Kakchiquel Xenacoj translation team, stayed the course and went the distance to bring God’s translated Word to everyone who speaks this language.

The Plan in Motion

Fast forward almost three decades. The New Testament Bible translation was completed. The typesetting of the electronic text was done. The text was sent to Korea, where the New Testaments were printed and shipped to Guatemala.

The goal of the Kakchiquel Xenacoj people, Faith Comes By Hearing, and the translators was to see the recording completed so the dedication of the printed New Testament and the Audio New Testament could happen at the same event.

The recording team, the translators, the readers, and the Faith Comes By Hearing team worked diligently to make this happen. There was great excitement as the recording was finalized and the discs and Proclaimers were prepared and shipped to Guatemala. 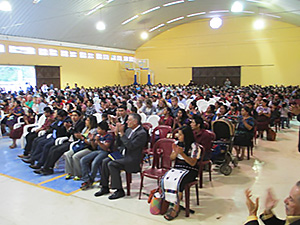 The air was absolutely electric on Sunday, September 20, 2015, when the plan finally and fully came together in the dedication of the Kakchiquel Santo Domingo Xenacoj New Testament in both print and audio. Hundreds of people assembled to celebrate and praise God together at this landmark event. After years of sacrifice, dedication, perseverance, and waiting, the Kakchiquel Santo Domingo Xenacoj people now know that God speaks their language.

The New Testament in Every Home

More than 1,500 families received a printed New Testament and an MP3 Audio New Testament on disc. Proclaimer listening groups are already being implemented – and those with computers, tablets, and mobile phones now have access to heart language Scripture through the Internet, cell towers, and the plethora of offerings on the Digital Bible Platform.

The Plan Comes Together

The eternal Word of God will now have a chance to change the minds and hearts of all 5,200 speakers of this language – transforming children, youth, adults, and seniors for time and eternity. Every person in every home has easy access to the New Testament in Kakchiquel Santo Domingo Xenacoj. Pray that each one will be impacted and transformed as they hear or read the life-changing Word.

Don’t you just love it when a plan – God’s plan – comes together?!


“Oh, my brothers, sisters – please come! Come and listen to the Word of God.”