Bible Blog › The Fruit of What We Do 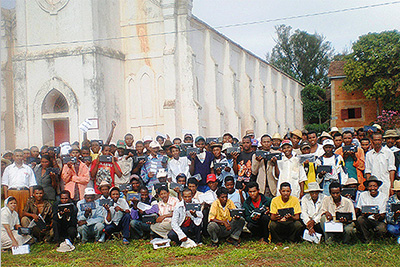 Finding Jesus in a Downpour

Imagine living on an island with 22 million people! That’s Madagascar, where 90% of the people live on less than $2 a day. God’s Word in audio has given hope to nearly a million Malagasy – including 14-year-old Hery.

Hery spent his days tending cattle from his village. He never learned to read and had never been to church because . . . 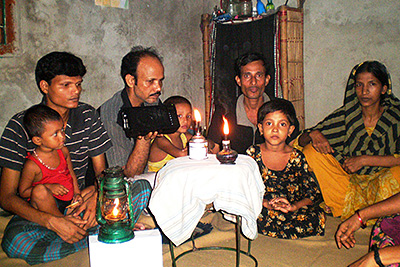 As a father, Zahid faced the pressure of caring for his family. He felt alone, because his father had never been there for him. He didn’t have anyone to look up to or to help him learn how to care for his family. Finances were always tight, which left him angry, frustrated, and discouraged. Though Zahid loved and provided for them, he was not always around – he had to work long hours to earn more money. When he was home, they often felt the verbal sting of his frustrations. 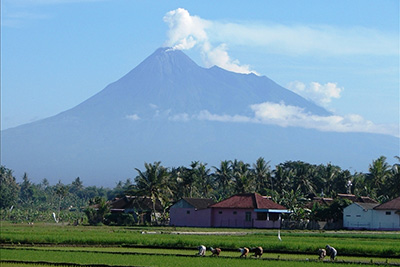 Since the first Audio Bibles arrived in Indonesia in 2004, Faith Comes By Hearing has implemented over 5,800 Bible listening programs in the country. Partners say that often, the further they go from the larger cities, the more receptive the people are to the Gospel and the more excited they are to hear God’s Word. The majority of these people cannot read, so hearing Scripture in their heart language is a necessity.

Partners working with one family saw how listening to God’s Word turned a tragedy into a blessing for them. Hengki was paralyzed following a . . . 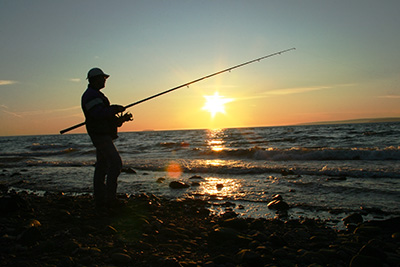 A Fisher of Men

There are vast oil reserves under the Caspian Sea off the coast of Azerbaijan. Rafiq, like many people in his community, earns his living in the oil industry. Growing up in the shadow of the Soviet Union, Rafiq believed God was an illusion and was not interested in hearing about Him. Instead, he became involved in illegal drugs at an early age, and eventually spent 9 years in prison for his crimes. After his release, Rafiq was happy to be a simple worker, spending his evenings fishing in the waters of the Caspian.

One day after work, a man approached Rafiq while he was fishing. He asked if Rafiq was having any luck and . . . 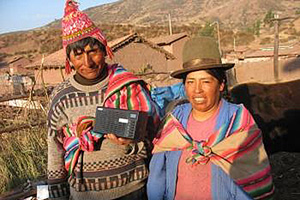 “Jesus was speaking to me”

In the mountains of Peru, the Quechua people are deeply rooted in traditional beliefs. They grow potatoes; and the sheep they raise provide wool to make blankets, ponchos, and clothing. Like many other women from her village, Tica cannot read and spends the majority of her days working in the fields to support her family. No one had ever talked to her about the Gospel and she was never . . . 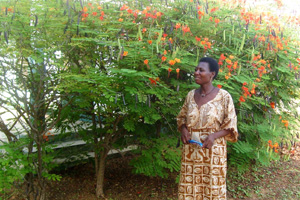 Marie could not find much to be thankful for in the course of her day-to-day existence in the African nation of Togo. The birth of her last child 11 years earlier had left her paralyzed and though Marie and her husband searched for someone who could help her, the paralysis persisted. Her physical problems made Marie feel worthless and her self-esteem plummeted. In addition to the physical problems, Marie began having trouble sleeping because she was plagued by nightmares. These worries left her . . . 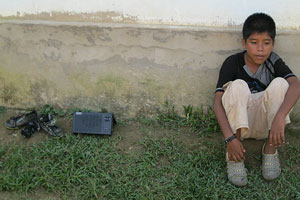 Blessed are the Poor in Spirit

Julio’s life was difficult from the beginning. Born in a rural area of Bolivia, he never knew his father and after his mother died, he was left an orphan. Some relatives promised to take care of him, but Julio’s hopes for a family were dashed when they treated him like an animal instead – chaining him up with their pigs . . .


“Thank you for sharing these Proclaimers with the people in this very poor, very remote, ‘mountain-beyond-the-mountain’ area that is overcoming the spiritual darkness of voodoo with the hope found in Christ. What a wonderful ministry!”