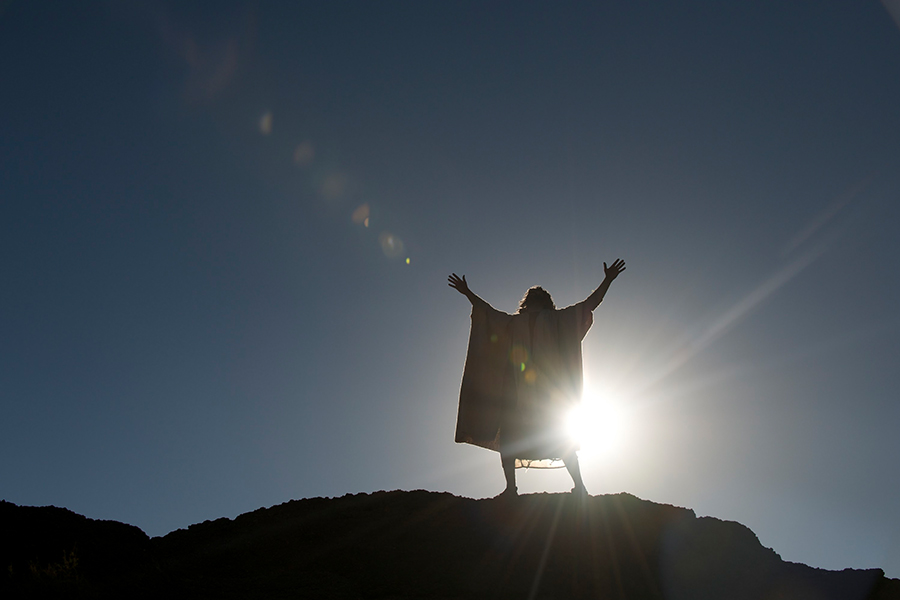 Moses had just spent forty days and nights in the glorious presence of I AM, the gracious and merciful God, the Deliverer of Israel, whose face could not be seen by mortal man. God had met Moses in a massive cloud of fire and lightning and thunder atop Mount Sinai—a sight so terrifying that the Israelite people were afraid to even approach the mountain. Now, Moses had finally descended, stone tablets of the Law in his arms, to proclaim the Word of God to the recently freed nation.

His brother Aaron and the rest of their people approached him, but cautiously. Fearfully. Unbeknownst to Moses, his very face shone from being so long in the presence of God! After speaking to the congregation and giving them the commands he had received on the mountain, Moses put a veil over his face and left it on whenever he was among the people. Whenever he met again with God, however, the veil—the separation between man and the divine—was removed.

Over a thousand years later, another author and speaker by the name of Paul would write of a surpassing glory—the glory revealed in the New Covenant, enacted by Christ’s death and resurrection, which tore the veil of the temple in Jerusalem in two. The separation between man and the divine was permanently removed, allowing men and women from every generation and every nation the opportunity to enter into the presence of Almighty God.

May we continually shine the radiance of God’s surpassing glory as a result of daily entering into His presence, so that people around us may hear His Word and be saved! “For God, who said, ‘Let light shine out of darkness,’ has shone in our hearts to give the light of the knowledge of the glory of God in the face of Jesus Christ” (2 Corinthians 4:6).


And entering the tomb, they saw a young man sitting on the right side, dressed in a white robe, and they were alarmed. And he said to them, “Do not be alarmed. You seek Jesus of Nazareth, who was crucified. He has risen; he is not here.”